We took 10 children out and all had a really great afternoon representing our school.

Both teams did amazingly well one team finished 5th in there group and another 3rd just missing out on a top two spot that would of sent them progress to the knockouts.

All can be proud of themselves well done.

Today, we took 2 teams to this years Featherstone Boccia competition at Villiers High School. This was the first time that Fielding had entered the competition and both teams were very excited to be there. For those of you unfamiliar with the sport it is similar to boules with 2 teams each playing with different colour balls. Teams alternate throwing or rolling their ball to try to get it closest to the white ball, known as the jack. After all balls have been thrown, the closet balls score points. This is one end. Today's games were made up of 2 ends.

Cayden, Atrin and Ali made up team 1 who were drawn against Little Ealing in their first game. It was a very tactical game but ended with a 2-0 win to Fielding. Great start. Next up was Woodlands and again it was very close but after 2 ends, it was 2-0 to Fielding. Our final game of the group proved to be the hardest as we threw balls with Seborne. Selborne had 1 ball closest to the jack after the first end to take the lead, but we pulled it back in the second end with a point of our own to draw 1-1. A great start to the competition meant that we had qualified for the next round and were due to play the Woodlands 2nd team. This was a very close game with both teams throwing with great accuracy. It ended 3-2 to Woodlands which ended our run in the competition.

Our 2nd team was made up of Riley, Adris and Ahmed and they were equally raring to go. They also had a Little Ealing team to get past first and duly delivered with a 3-1 win. Game 2 saw us drawn against Berrymede in what was to be another tough game. We tried our best but ended up losing 2-1. Our final game was Selborne which proved to be a great demonstration of Boccia as we were involved in another high scoring 3-2 win. The 2nd team also made it through to the next round and had Featherstone Primary in the next round. We played great and won the game 3-0 to progress to the quarter finals. It was Hambrough waiting for us there, who were brilliant. They stopped us from scoring a single point and scored 3 of their own to beat us 3-0 and knock us out.

Ultimately, it was a great day out for both of our teams who both represented the school superbly. Well done boys! 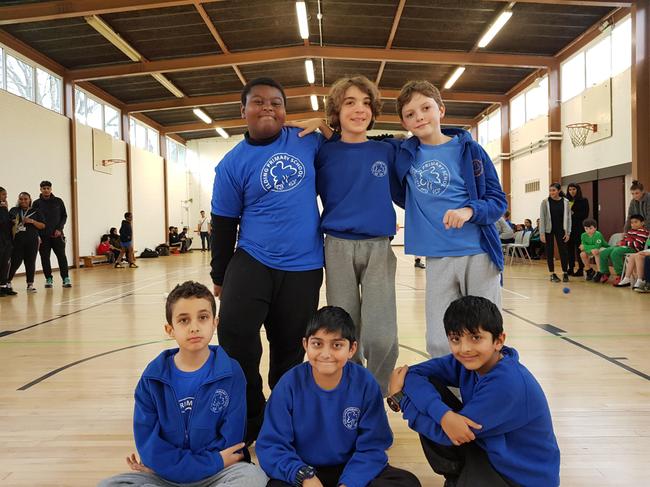