We have had a bit of a disjointed hockey tournament this week with interruptions from the weather and Sport Relief affecting proceedings. A mixture of hockey, dodgeball and movement games have given us the final scores though for this half terms competition.

Congratulations to everybody in Cygnus who have helped their constellation to win their third out of four tournaments so far this year. Next half term is Cricket so lets see is one of the other constellations can stop Cygnus from winning.

Constellation Hockey will be starting at the end of this week with Year 3. Parents please note that due to the Sport Relief challenge happening at the same time as the Year 3 tournament, parents will not be invited to the Year 3 tournament. Thank you for your understanding in this and we will look forward to seeing you again at the next tournament after Easter.

Going into the final day of the Constellation Hockey tournament Orion had a narrow lead of 5 points which they were hoping to hold on to in order to claim their first trophy of the year. The other Year 3 constellations were hoping for the opposite. After a very, very cold morning of hockey we had a winner... 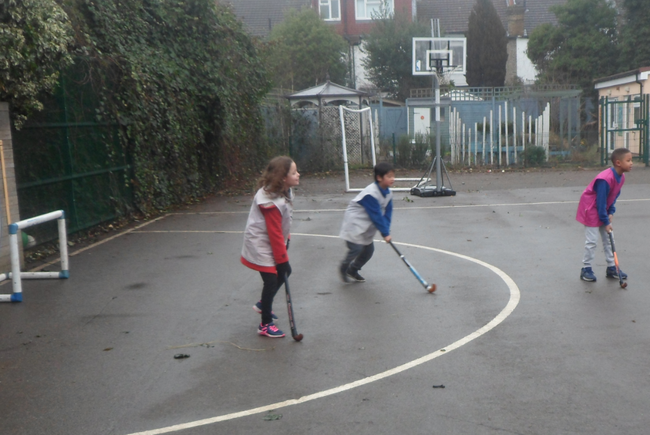 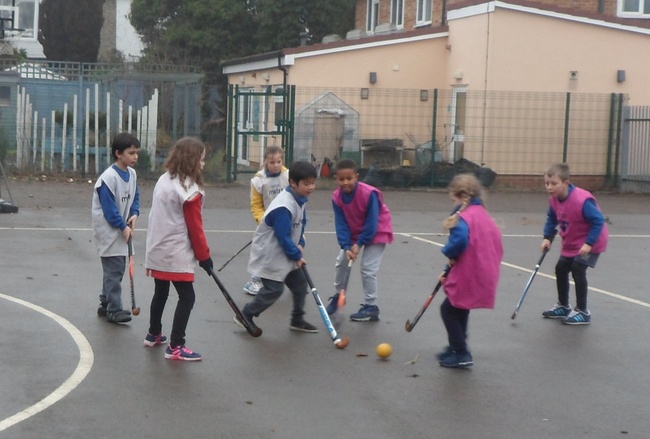 A very good win for Cygnus on the final day of competition meant that the Hockey table ends up like this...

Congratulations to CYGNUS for beating Orion to the trophy on the final day of competition and claiming their second win of the year.

The results from the end of the hockey tournament mean that the race for this years PE Constellation Cup is well and truly on.

Well done everybody for giving us another fantastic week of competition. Start getting ready for next half term's Basketball Competition!

It was only the Year 4's competing in the Constellation tournament today so the points up for grabs seemed even more important than they usually are. The children must have thought the same as there were 4 teams who went unbeaten today, although not one of them managed to win all 3 games. It was a very cold but entertaining morning which left the table looking as follows. 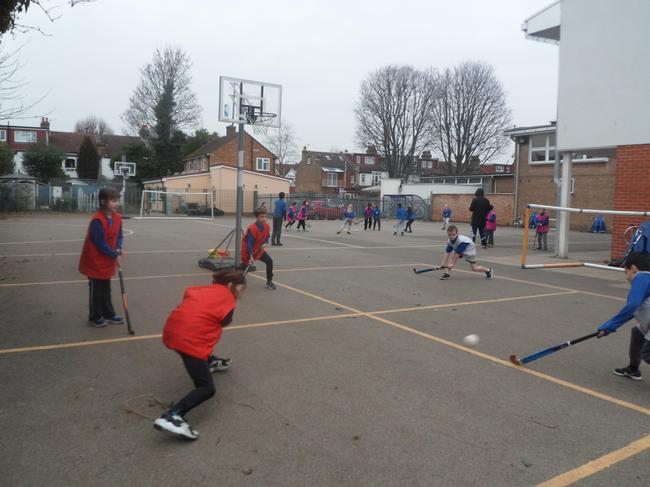 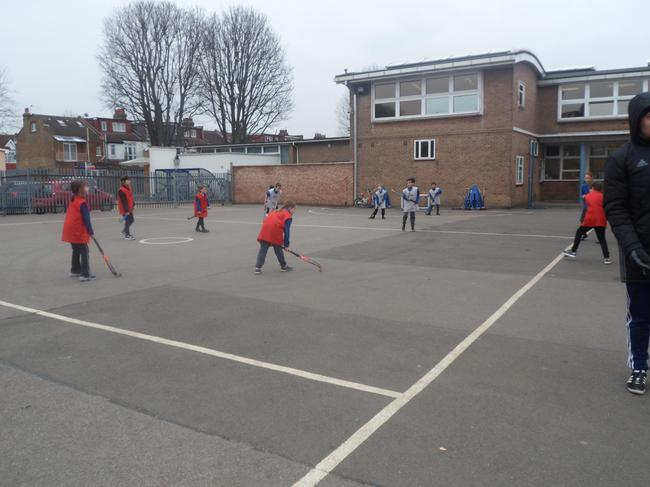 Year 4 points were very important to Orion as it meant that they hang on to top spot with just 1 more year group to play.

So lets see what todays points did to the PE Constellation Cup standings....

Day 1 of Hockey and as always it sees Year 6 and Year 1 constellations battle it out for opening day points.

Year 6 offered us some very close games today, with only 1 team from all 4 classes going completely unbeaten - well done Pegasus in 6S! And well done to Kyrell in that team who scored what could be the goal of the day and then followed it up with some great moves to celebrate. 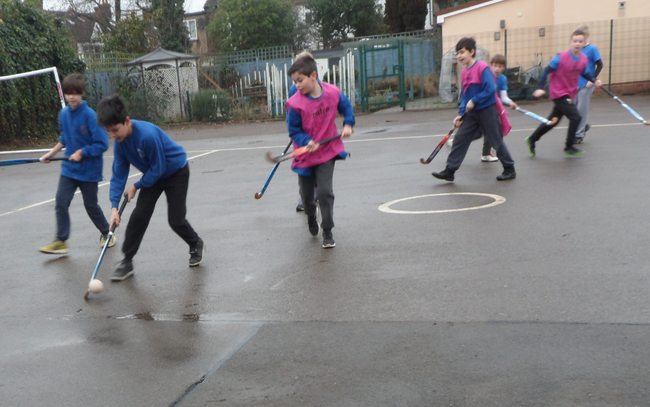 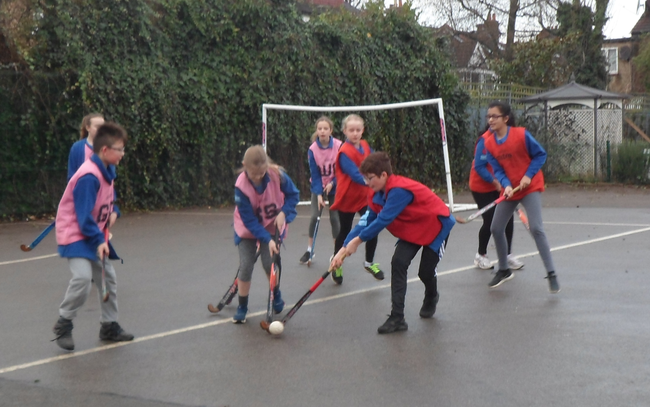 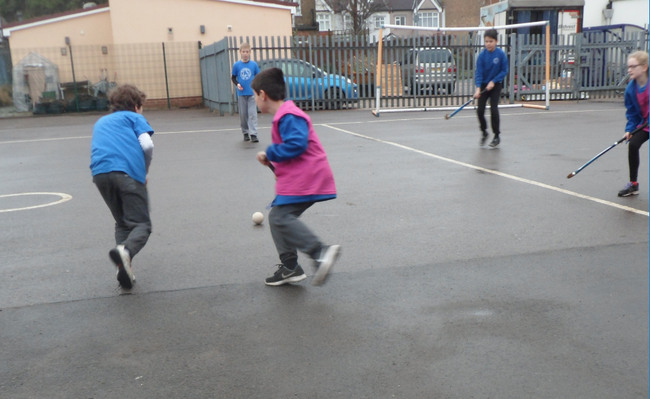 After the final whistle in the last Year 6 game the scores were as follows.

In the afternoon Year 1 competed in some hockey based games. They all did very well but we as in all competition we did end up with a winning constellation.

Day 2 kicked off with Year 5 and as expected we saw some great hockey. Again the mini class leagues were very close with just 1 team again winning 3 out of 3. Well done 5H Cygnus for a very dominant display of hockey. 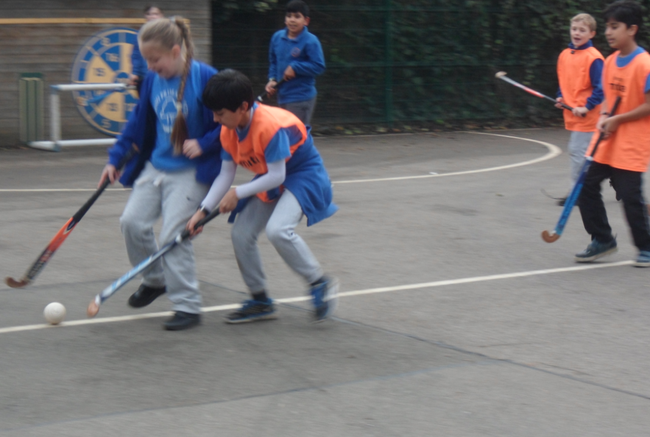 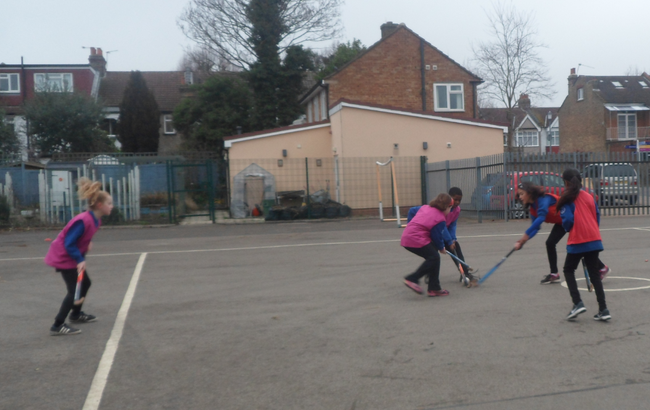 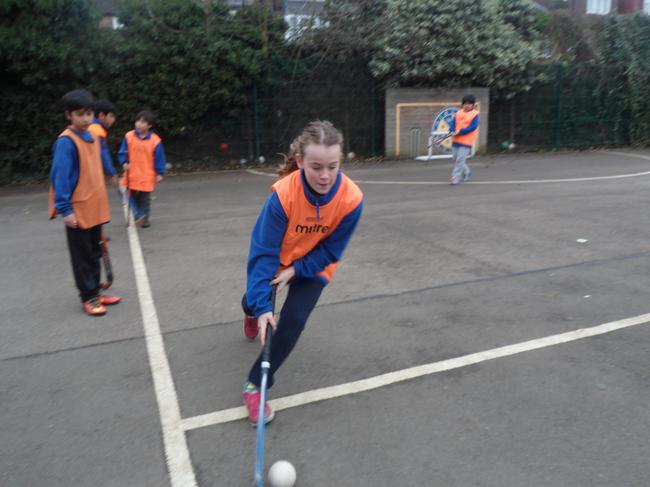 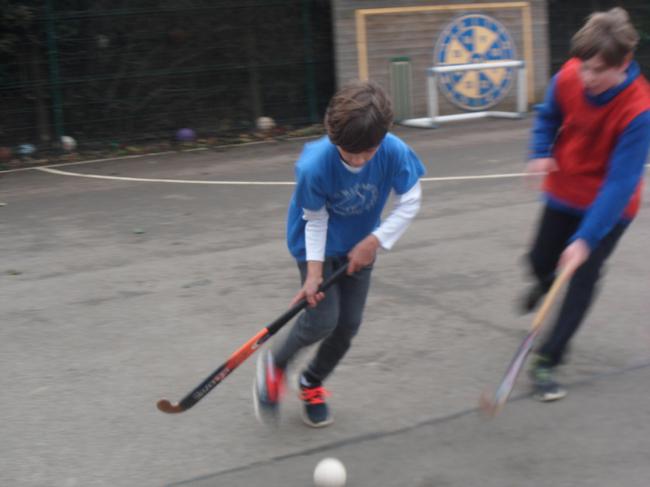 Year 2 were up in the afternoon for their chance to put points on the board. The winning constellation finished just 2 points clear of 2nd place.

So after 2 days of competition, the tables are as follows...

This half term's Constellation Tournament takes place next week. The schedule for the week is below so please feel free to come and support your child when they are playing. At the moment the weather forecast is good so hopefully the week will go ahead as planned, however please check the school twitter page in the event of bad weather to check for any changes.

4H and 4F Pegasus were out first to try to make that happen. Pegasus did get off to a great start with Cayo and Oliver both putting in very good performances to help their team win 3 out of 3. 4H also played some great hockey winning 2 of their games. Elsewhere Chloe was playing well for Cygnus and encouraged them to win 2 of their games. After break 4P and 4S and Pegasus started to slip. Although Rio demonstrated some great defensive work for Pegasus, between the 2 Pegasus teams they managed just 1 win. On the other pitches 2 Hercules teams were winning every game they played to gain maximum points. After all of the games were played it seemed as though it was going to be close. 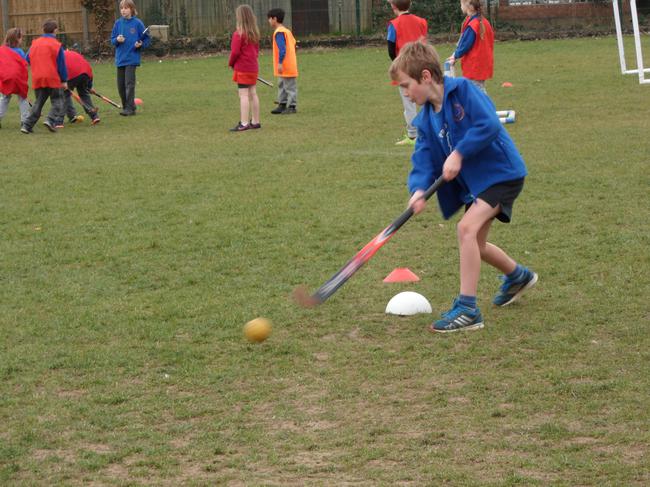 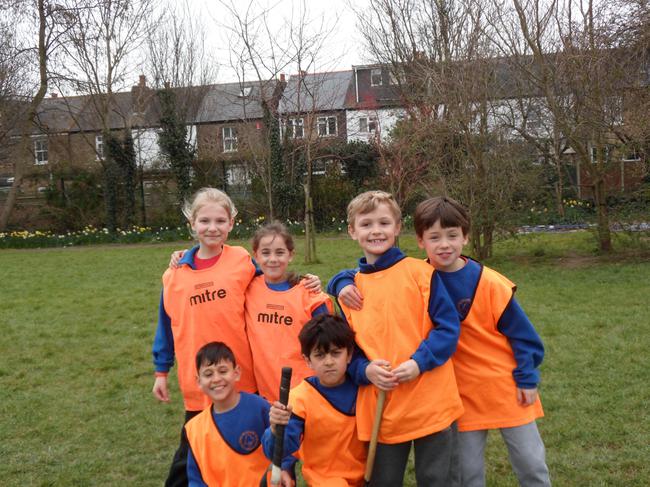 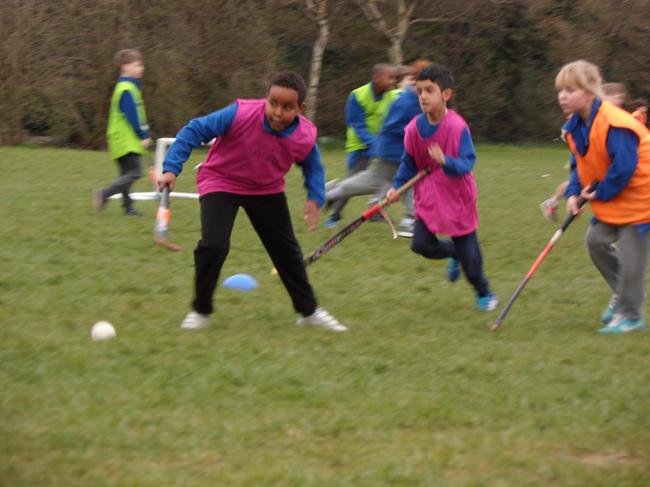 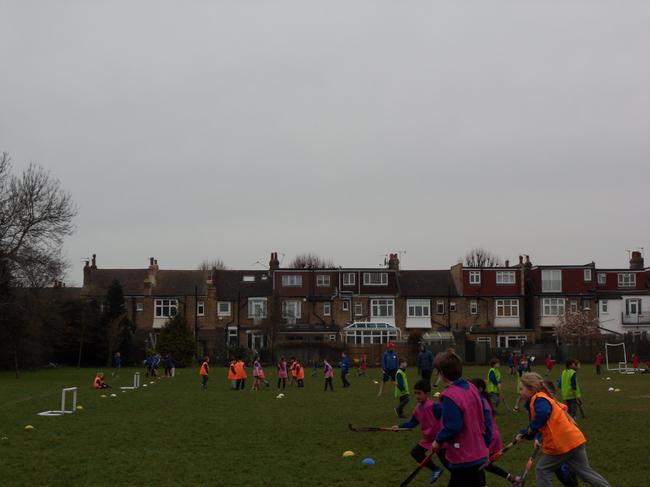 Well done everybody for taking part in another great constellation tournament. Next up after Easter is cricket. See you there!

This morning it was Year 5's turn to represent their constellation in the hockey tournament. Pegasus were on fire this morning with both class teams winning all 3 of their games to give them maximum points of 18, before also adding 2 sportsmanship points. Cygnus were next in the table winning 3 games and losing 3 games, before Hercules and Orion shared 3rd place with 9 points each. 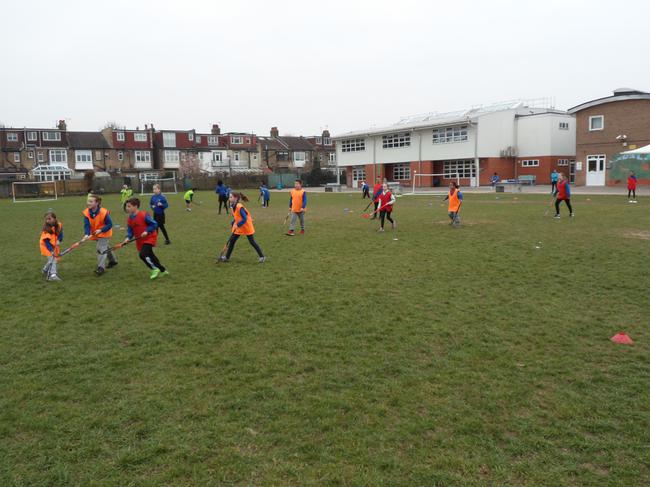 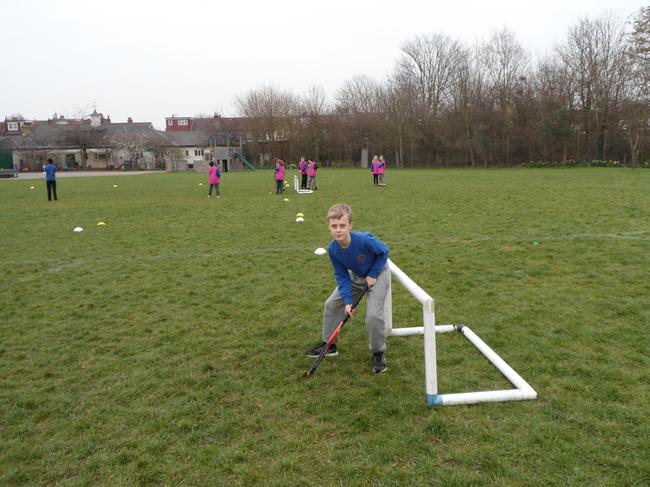 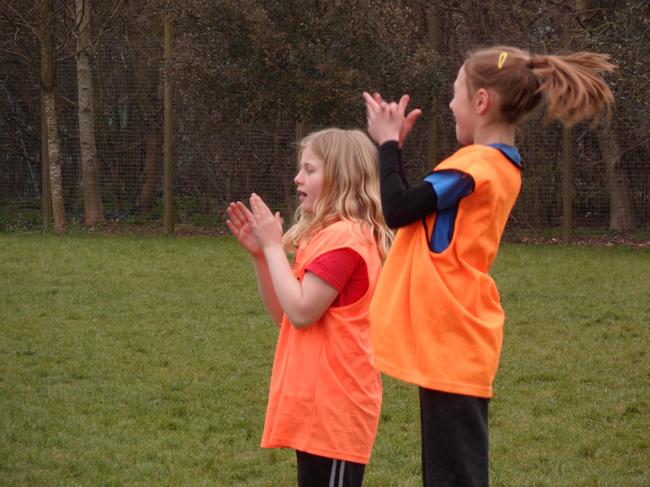 After break it was Hercules who finished top of the teams with a very good 17 points, after winning 5 of their 6 games and drawing just 1. Louis was picked out by the referees as the player of the tournament for them as he put in a solid performance in every game. Cygnus also played a good tournament, racking up 14 points and one of the goals of the day from Suleman who chipped the stick of a defender to skillfully score into an empty net. Orion can be happy with their morning and should also be especially proud of Saskia and Libby who kept spirits high on their team when they weren't playing with some great support!

Year 2 were competing in the afternoon in the same games as Year 1 yesterday. Everybody enjoyed working hard for the points which are as follows... 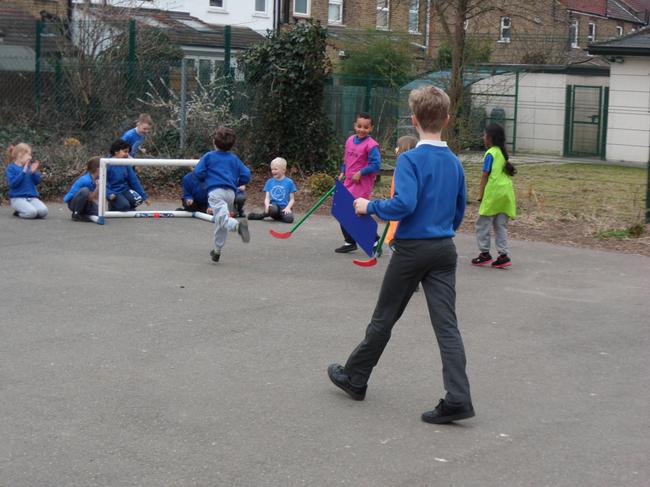 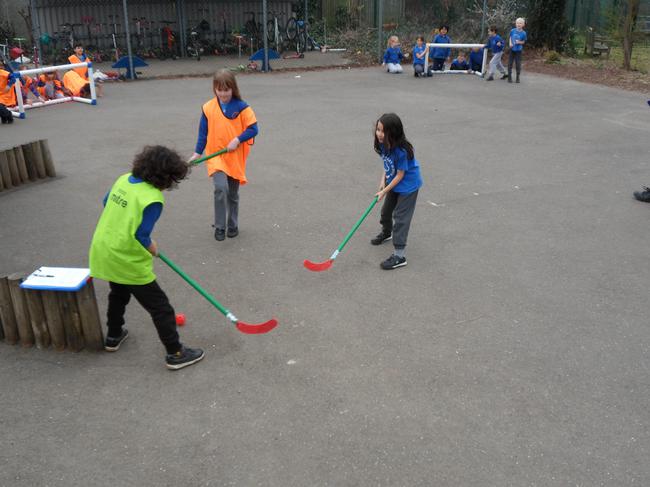 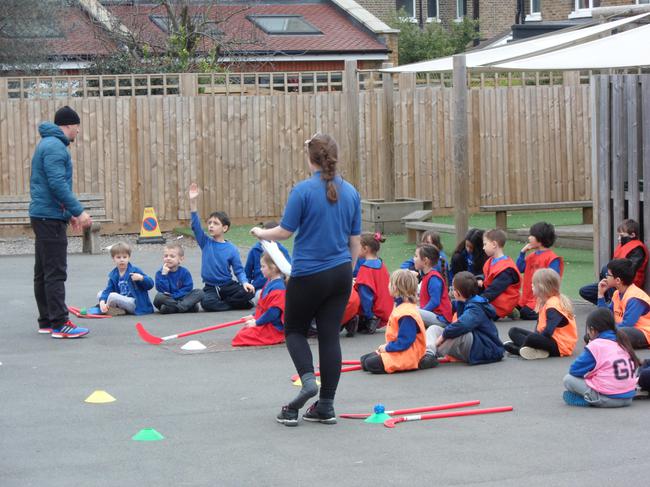 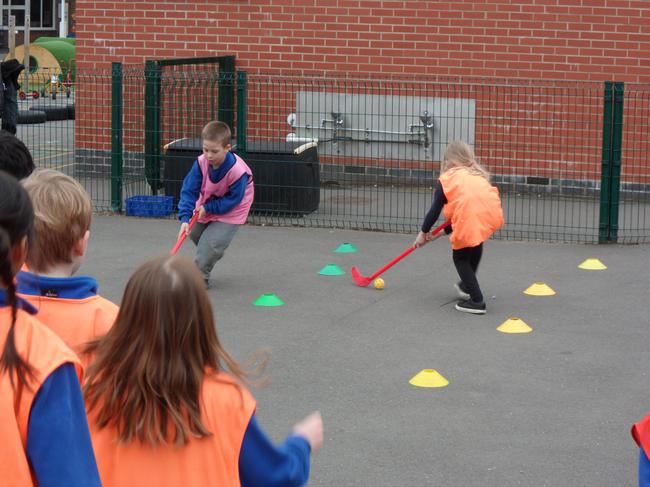 The end of the Spring term is upon and with it comes the constellation hockey tournament. Today the Year 6 classes were playing for this terms hockey trophy. As we had some lovely sunny weather we were able to get everybody on the field at the same time and extend the game time to 20 minutes.With 6s and 6P out first it was Hercules who registered the most points collectively, with 4 wins, 1 draw and 1 loss from their 2 teams. Daniel from 6S and Ed from 6P stood out with a goal from the half way line and a hat-trick respectively. Artie from 6P showed some great ball skills for Cygnus, dribbling through the defenses using his reverse stick and scoring goals pas helpless defenders. Pegasus had a poor start to their tournament having failed to get a win from either of their teams. Lots of games still to play throughout the school though! 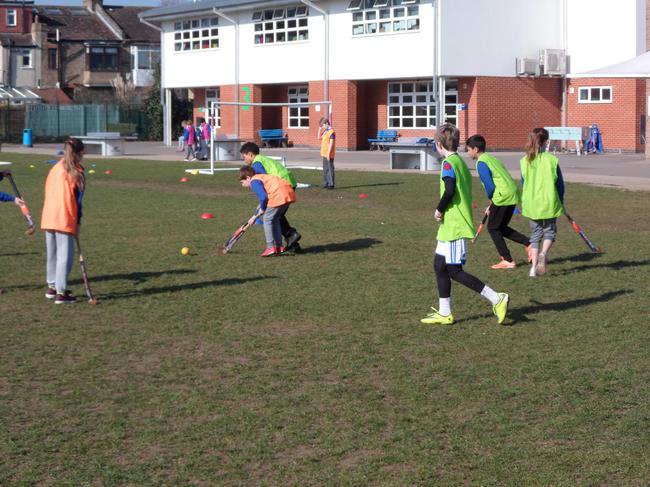 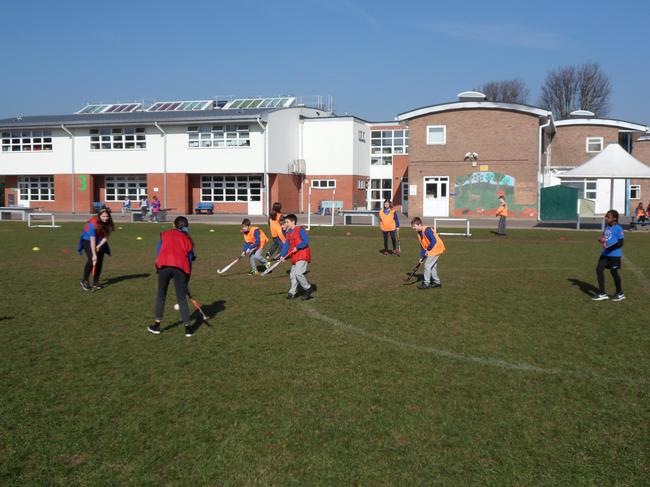 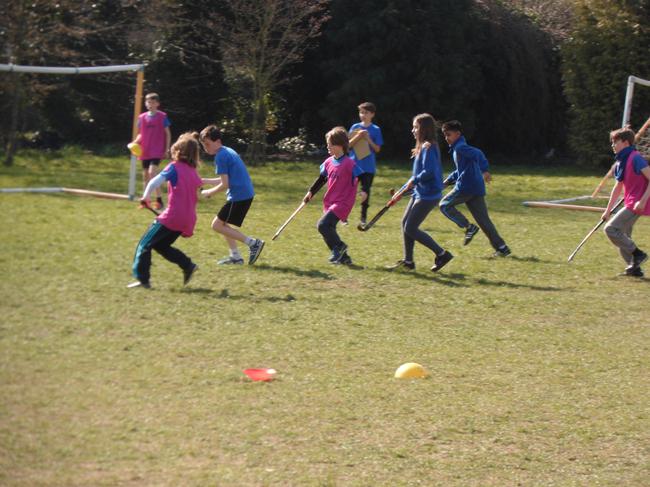 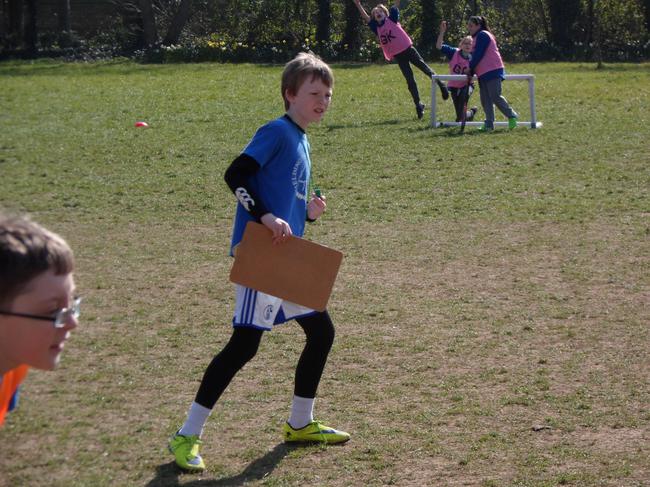 After break 6H and 6F had a very close competition for top spot. Their games finished with 2 teams on 17 points and 2 teams on 14 points. Ella in 6H helped restore some pride for Pegasus with some solid performances at the back for her team. She also managed to save a penalty for her team to salvage a draw in one game! More great defensive work was on show by Inga from 6H Hercules who seemed to determined to win every ball that came her way. Both girls helped their teams to a respectable 14 points. Cygnus and Orion were the teams that finished top then with Maxi and Eden from 6H both impressing for Cygnus and contributing important goals for the team.

After Year 6 had finished the scores were...

After lunch Year 1 had their chance to compete by taking part in various relay races and playing 4 goal hockey. Unfortunately for Cygnus they missed most of the afternoons tournament as they were being rewarded for leading the constellation points elsewhere in the school. The competition had to go ahead however and the scores were as follows... 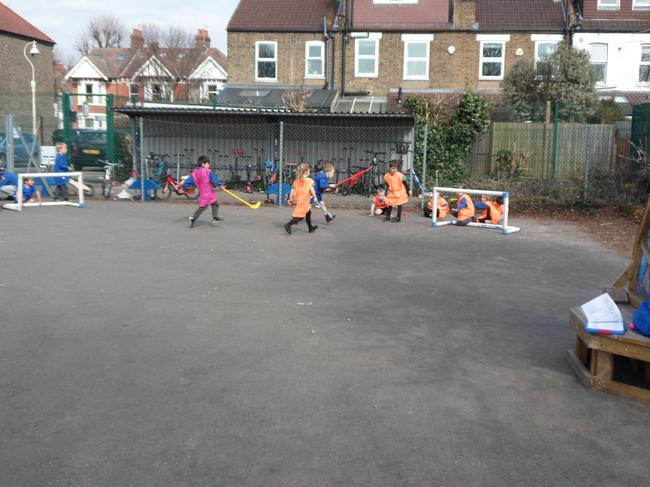