Today Fielding took two teams to Spikes Bridge Park to compete in this years Boys Cricket competition. Both teams were drawn into different groups and so had high hopes of doing well in the tournament without bumping into each other. The B team were up against North Primary school in their first game and got off to a great start as they won by 285 runs to 219. In our 2nd game we had a tough Wolf Fields team to play against and done very well to win by 4 runs with a score of 236. Game 3 was Drayton Green in what turned out to be a game which was decided by a single run. Fielding scored 245 runs, however Drayton Green finished on 246. Our final game was to be our toughest against one of the tournament favourites in Little Ealing A. We worked well as a team and managed to score 226 runs, but Little Ealing played very well to win with 268 runs. With the top 2 teams going through to the knockout stages we now had to wait to find out if we would be progressing.

The A's had Selbourne B in their opening game of the tournament and set a huge target of 341 for Selbourne to chase. Some excellent fielding saw us keep them on 222 to give us a great start. In game 2 we had Tudor and again opted to bat first and set another big target of 327.We then managed to take a lot of wickets from Tudor to get them down to just 156 runs. Our final game of the group was against Allenby. Fielding scored 315 runs and were then followed by Allenby scoring just 102. With that we knew the A team had finished top and were through to the next round.

We were also pleased to find out the B's had finished in 2nd place to set up a quarter final game against Berrymede. Berrymede bat first and scored 245 runs. Fielding then scored 245 runs as well! The winner would then be decided by whichever team took the most wickets. Fielding took 1 wicket from Berrymede, but Berrymede took 2 from us meaning they won.

Elsewhere, the A team were drawn against Drayton Green in the quarter final and again won the toss and opted to bat first. Fielding scored 281 runs which turned out to be a target Drayton Green could not catch as they scored 206 runs. This meant we had set up a semi final game against Berrymede, the team who beat our Bs in the quarter finals. Fielding scored 260 runs and again some excellent bowling and fielding saw us keep Berrymede down to 218.

Fielding A were through to the final against Little Ealing A in a game which was predicted by many straight after the group stages. It was a tense game with both teams having played some great cricket throughout the day. Fielding bat first and scored just 236 runs, our lowest score of the day thanks to some great fielding from Little Ealing. Little Ealing then bat very well to score their lowest score of the day, 259. It was enough to win though and so Fielding finished the day in second place. Well done to both of our teams for playing so well though. We are very proud of you! 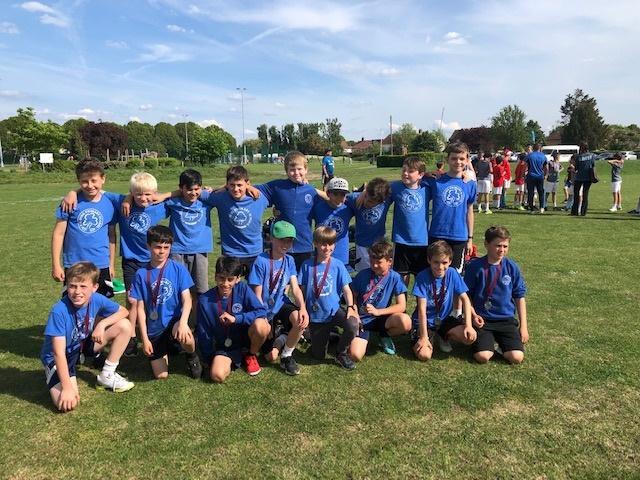 Today we took 2 teams to Brentham Cricket Club for this years Featherstone tournament. Both teams have been training very well for the past term on Wednesday mornings and were feeling well prepared for todays competition. The B team were entered into a separate smaller competition in which 5 teams competed in a round robin style in an attempt to finish top of the league. We were up against some very good B teams and had Little Ealing to try to beat first. Little Ealing won the toss and opted to bat first and set us a target of 259. So we stepped up to bat and played some excellent shots, but in the end Little Ealing's fielding and bowling was too good for us as they limited us to 225 runs. We played Allenby in our second game and bat first. We set a great target of 313 runs after some finding the boundary on numerous occasions with some great batting. We followed that up with some excellent bowling and took a number of wickets from the Allenby batters. Allenby finished on 156 to give us a huge win. Our third game was against Wolf Fields who had been playing some great cricket all morning so we knew this would be a tough game. We played a great innings in bat and again followed it up by taking wickets when we were in the field to record another victory. As we went into our final game against Berrymede we knew that if we were to win we would give ourselves a great chance of finishing top of the league. Berrymede were on to bat first and set a target of 256, which we were confident of being able to beat. We did beat that as we again beat the 300 mark to end the day with 3 wins and 1 loss. Little Ealing and Wolf Fields also ended the day with the same record so the winner was to be determined by the number of wickets taken. Wolf Field finished 3rd with 19 wickets. Little Ealing finished 2nd with 26 wickets and we finished 1st with 29 wickets! A huge well done to all of the boys in our B team for finishing as B team champions! 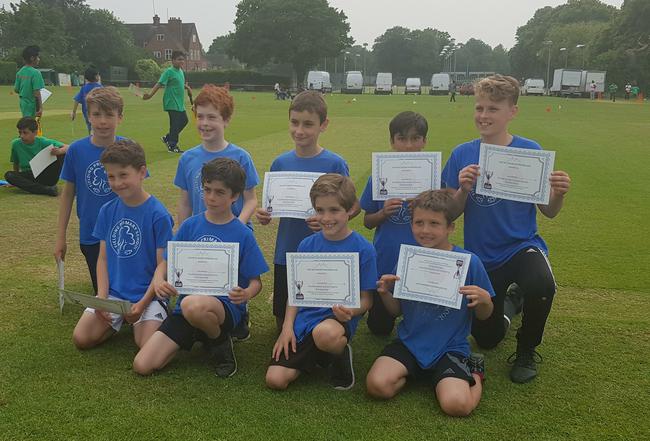 In the main competition the A team were drawn in a group with last years finalists, Wolf Fields who we were due to play in the final game of the group. Up first though was Hambrough, another school with a reputation for good cricket. Our boys had a terrific start to the day as they limited Hambrough to 190 runs before scoring 274 runs themselves. The second game for the A team was Selbourne in which the boys were hoping to build on their excellent start. The did just that as they hit 271 runs before taking more wickets on the field and pegging Selbourne back to just 196 runs. There was a very long break before our third game against Blair Peach so the boys had to work hard to remain focused and conserve their energy. This was tricky for some of our very energetic boys but they played well against Blair Peach and chalked up their third win of the day with 264 runs to 223 runs. Going into the final game against Wolf Fields both teams knew that they had qualified for the quarter finals, but the winner of the game would have the benefit of playing the runner up of another group rather than a group winner, so there was still plenty to play for. As expected, Wolf Fields were a very good team with strengths in batting and fielding. However, after a tense and very close game Fielding won the game to finish top of the group. That win meant that we had to play Southfields in the quarter finals. We won the toss and opted to field first and in doing so managed to limit Southfields to just 208 runs. We were confident in being able to beat that score and the boys did just that as they finished the batting innings on over 300 runs. We were drawn against Clifton in the semi final who were also unbeaten so far today. We won the toss and this time opted to bat first. Clifton bowled superbly and also fielded very well and kept us down to a beatable 242 runs. If we were to go through to the final we would have to play our best innings of day against a team who had scored a lot of runs today. We bowled great, taking a number of wickets. We fielded very well and kept the ball largely away from the boundaries. After the final bowl we awaited the result from the umpire and found out we had won. We were through to the final and were due to play Little Ealing, last years winners. 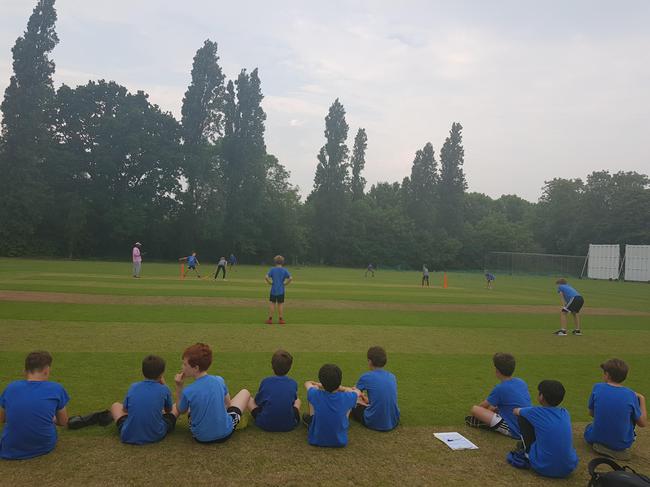 Little Ealing won the toss and opted to bat first. We did well and Little Ealing finished on 247. A beatable score against most teams, but we knew Little Ealing were a very good team so we would have to be faultless with our batting. We performed valiantly but at the end of the game we were beaten as we finished on 232 runs. Congratulations to Little Ealing and also a huge well done to our own A team for ending the day 2nd out of 18 teams. 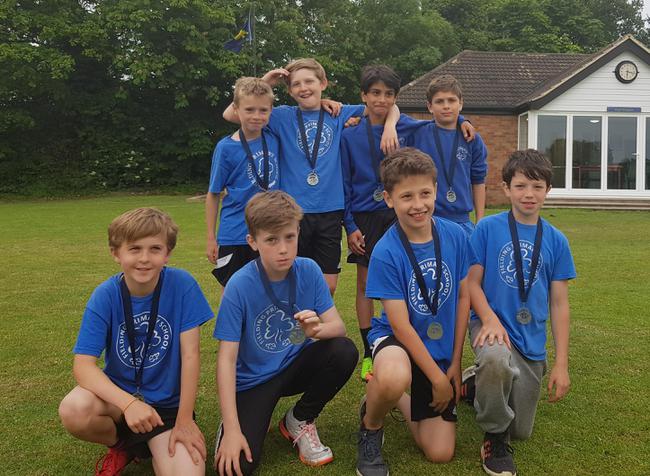 Today Fielding took two boys teams to the annual Featherstone cricket tournament which was being held this year at Old Actonians Cricket Club.

The A team were drawn against Berrymede B, Clifton, Selbourne while the B team had to get past Wolf Fields, Featherstone, Little Ealing and Tudor. We were confident that we had two strong teams that could both play cricket today but we were also well aware of the quality of cricket that we normally see at this tournament so knew it would be a tough day.

Unfortunately the scores final scores for each game have been lost so we will just get to the results. Fielding B lost their first game against Wolf Fields before making a come back in their second against Tudor to get a good win. In the third game against Featherstone the B's won before narrowly losing to one of the tournament favourites in Little Ealing for our final game. After all games were played the top 2 progressed to the knockout stages and we finished third. So we were out! 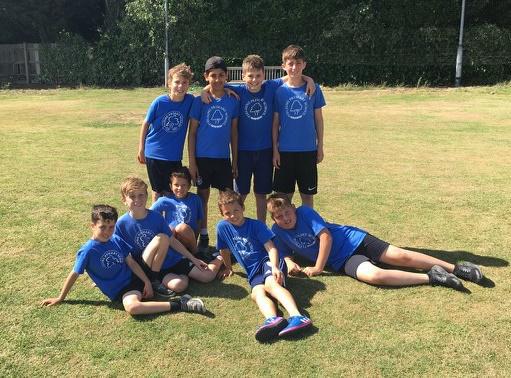 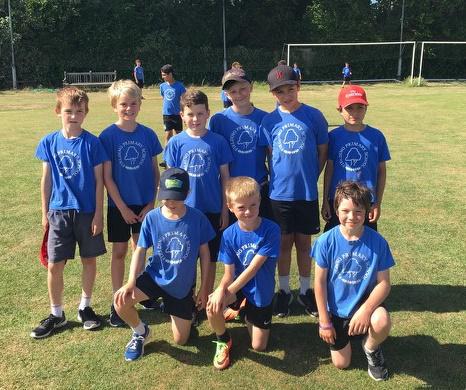 Going forward it was Wolf Fields and Little Ealing in the final which shows just how unfortunate our B team were to be drawn in the same group as both finalists. In the end it was local rivals that won the tournament on a very competitive day. 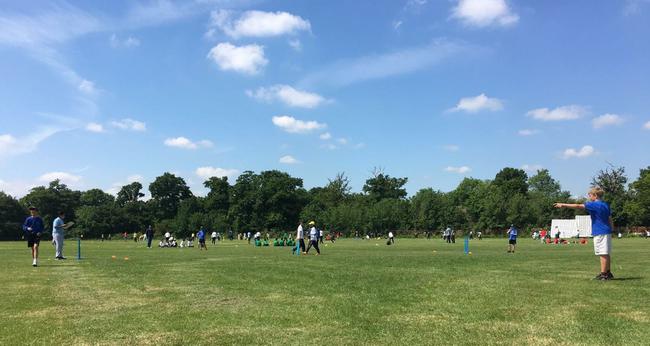 It was the boys turn to showcase their cricketing talents today, this time at Osterley Cricket Club. During the group stage the boys had to play 3 games (including against the girls tournament winners from last week) and proceeded to win all three to progress into the knockout stages.

Playing with confidence, the boys continued to improve on what they were already doing and set up a semi final match against Clifton. Clifton played some fantastic cricket and unfortunately for us were too strong and brought our run in the tournament to an end.

It was a great day at the cricket though and the boys can be proud of a fourth place finish in a tournament that started with 25 teams! Well done lads.