Today, the Fielding boys and girls football teams played their second game in this years Peal Shield and RSK Cup competitions. Both teams kicked off at 2.00pm and both got off to flying starts.

The girls team were fantastic today as they played together as a team to demonstrate some excellent passing moves and even better finishing. The girls have been working very hard on their shooting since our first game and it showed today as we scored a lot of goals which unfortunately for Grange were all unanswered. After 5 goals from Lily, 3 from Izzy, 3 from Serafina and 1 a piece from Daisy and Oona the final score was 13-0. It was a quiet game for Riya, Annabel and Sophie at the back but they were very disciplined and kept their concentration for when they called upon. Although the Grange girls looked quite inexperienced against Fielding, it was still a superb performance from our girls and one that they will certainly be able to build on. 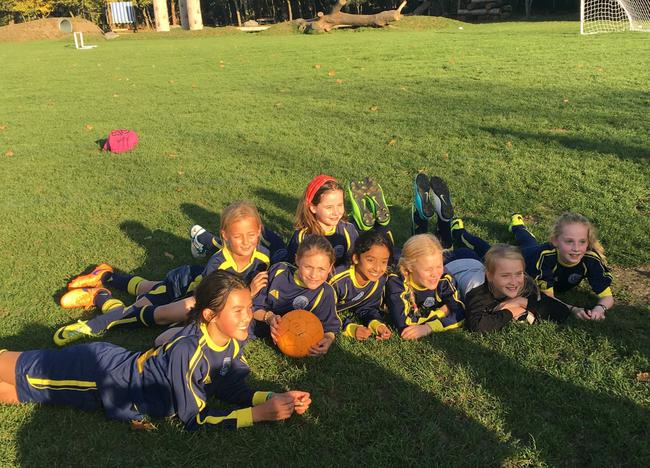 The boys team had similarly good fortunes against Grange boys as they ended the day as 6-1 winners with goals from Mateo (3), Rio, Thomas and Emile. The highlight of the boys goals was a stunning left foot strike from Rio from the left wing, hit with the outside of his boot across the keeper to the right hand side of the goal. It could be up there for goal of the season. The whole team was solid today from back to front and again demonstrated great discipline, particularly at the back where it was another quiet afternoon.