Today we hosted North Ealing in the Peal Shield and RSK Cup for our 2nd games in this years competitions. The girls played first and played out a very close 1-1 draw. The boys were on second and looked very good as they won 5-0.

On Friday 15th November, Fielding's A Team took part in a match in the RSK Cup. We competed against North Ealing Primary School.

We had an amazing start, Edith scored an amazing goal really early on. We kept on taking brilliant shots but unfortunately none of them went in due to an excellent goalkeeper. After the 1st half the score was revealed to be 1-0.

The second half got really tough, North Ealing were much stronger in defending and striking. In the end they managed to score a goal. But that did not stop us. We had some excellent shots from everyone, but sadly none of them went in.

It was a tough game. The final score was 1-1. Well done girls you should be very proud of yourselves.

Full reports for the boys game coming from one of our footballers soon. 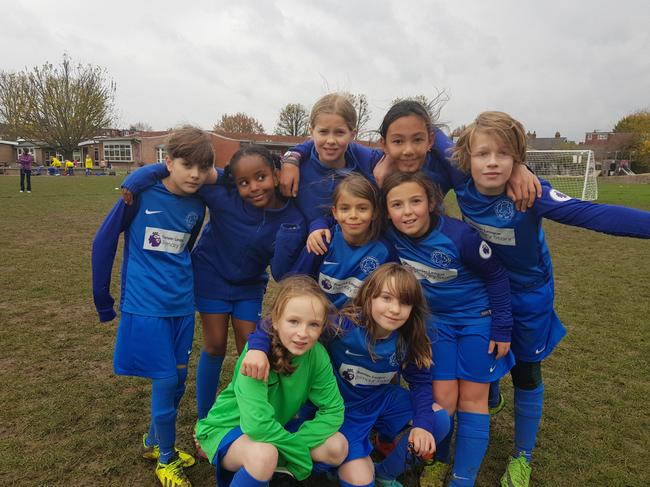 Fielding played their 2nd game of the group stages of the Peal Shield at home to North Ealing Primary school. On a cold, wet and windy November afternoon, the pitch was very heavy and the conditions were tough for both teams.

Fielding started well and attacked and had a number of shots from outside the penalty area. This resulted in an early breakthrough when a Fielding shot hit a defender’s arm and Fielding were awarded a penalty. Charlie stepped up to take the penalty and put it past the North Ealing keeper to make it 1-0.

5 minutes later Fielding scored again when Aram took the ball in the area and curled the ball into the net. 2-0 Fielding. By half time it was 3-0 after Aram scored his second from inside the penalty area.

The second half was similar to the first with Fielding attacking and Zach sored to make the score 4-0. North Ealing played a through ball but Dylan was there to dive on the ball to stop the chance.  Towards the end of the game Fielding got their fifth and final goal when Theo got the ball just inside the North Ealing half and shot past the keeper to make it five. 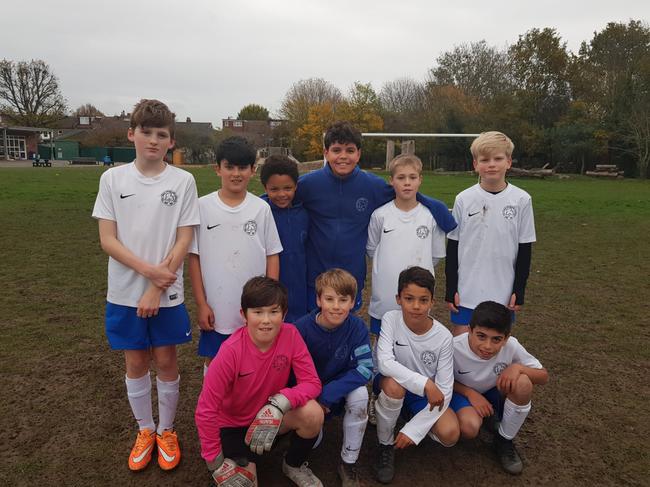