Fielding travelled to Selbourne Primary school for the second fixture in this years Peal Shield Competition. The first half was a very close contest, although Selbourne were possibly creating more chances. Fielding were finding the game a tough one to get into as we struggled to get many shots away to trouble the Selbourne keeper. Fieldings debutant goalkeeper Joe was forced to make a couple of fine saves at the other end of the pitch. He did make the saves though and the first half ended 0-0. The second half kicked off as the light was fading and there were some signs that Fielding were going to start making the opposition goalkeeper work. However, it didn't last as we lost concentration to allow a very dangerous looking Selbourne number 7 get through on goal to score and make it 1-0. As the half went on, we tried to bring it back but were finding it very hard. Again though, just as we were maybe getting some momentum in our play another lapse in concentraion left the same number 7 free again to run on and score his second of the game to make it 2-0. At this point there was no way back for the boys and the whistle blew for full time. Fielding boys are now sitting mid table with 1 win and 1 loss so far this year. 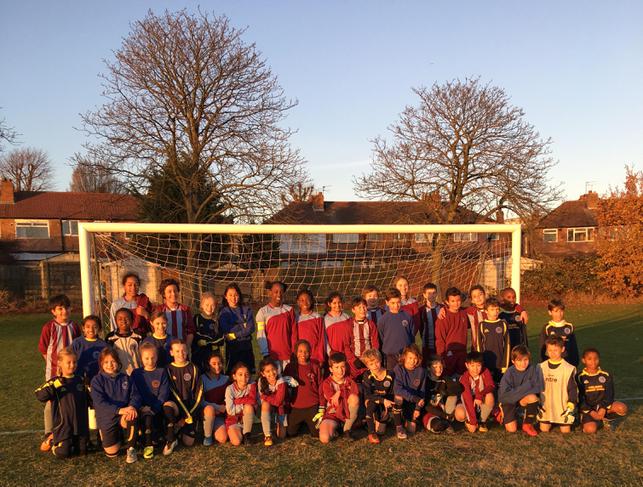 Fielding girls vs Selbourne kicked off a few minutes after the boys kicked off on the adjacent pitch in what was another cagey opening 10 minutes. Fielding seemed to be on top in this game but we weren't able to beat the Selbourne keeper. With all of the possession we had and pressure we were putting the opposition under without getting a goal, we began to question if this would be our day. Eventually though it was Fielding who struck first after a fine through ball was played to Serafina who calmly slotted home to make it 1-0. From the Selbourne kick off we pressed very quickly to win the ball back again and get on the attack but no goal this time. Although we were on top, Selbourne looked as though they could steal a goal at any point so we had to stay focussed. Just before half time, Fielding were on the attack again after some great play in the midfield and Serafina was given a chance for another goal, which she gladly took. 2-0 and the half time whistle went. We were starting to look a lot more comfortable in the game but Selbourne still threatened and Alicia was called into make a few saves to keep our clean sheet. It didn't take long in the second half though before Serafina completed her hat-trick with another very calm finish past the keeper. Great play again but still the game was not over. Moments later, Selbourne were on the counter-attack after a great through ball as the Fielding defence were caught sleeping. Alicia bravely rushed out to save the goal and took a knock as she did so and so was subbed for the final few minutes of the game. Daisy E stepped in as sub keeper and was immediately under pressure as we lost our defensive concentration again. Selbourne played yet another through ball and this time the ball went in. The whistle blew and Fielding had won 3-1. Another good result for the girls, but still lots to work on. Well done girls, 2 wins from 2! 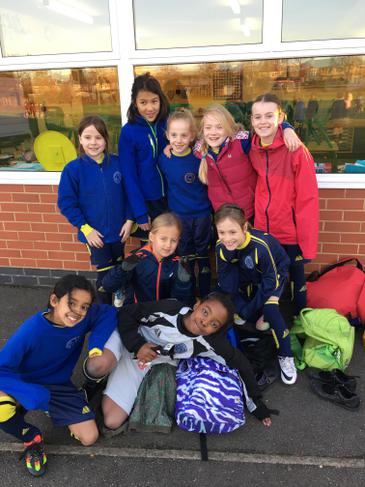 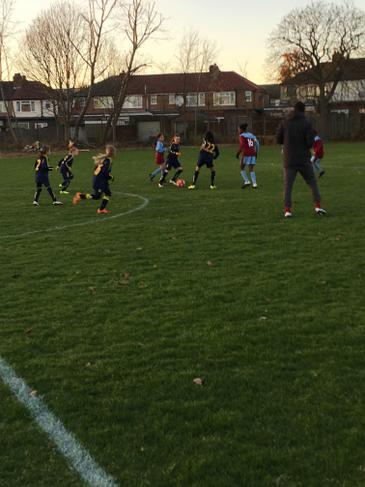