Today the boys football team were at the Powerday Stadium, home of Hanwell FC for this years Peal Shield Final. The boys knew they were a very good team but also knew Mount Carmel from group stages and knew they too could play some great football so we were all expecting a close game.

It was a cagey start to the game which wasn't helped by a pick up in the wind, making it difficult for both teams to get hold of the ball and keep it under control. After a tense 20 minutes the first half ended 0-0. We started better in the second half and eventually took the lead about mid way through the half. We were on top and looked to be on course to win when Mount Carmel found an equaliser minutes before the whistle to send the tie into extra time.

After a very close game Fielding came out on top to win back the Peal Shield, 3 years after our last victory in the competition. Well done boys, you have worn the badge with pride this year! 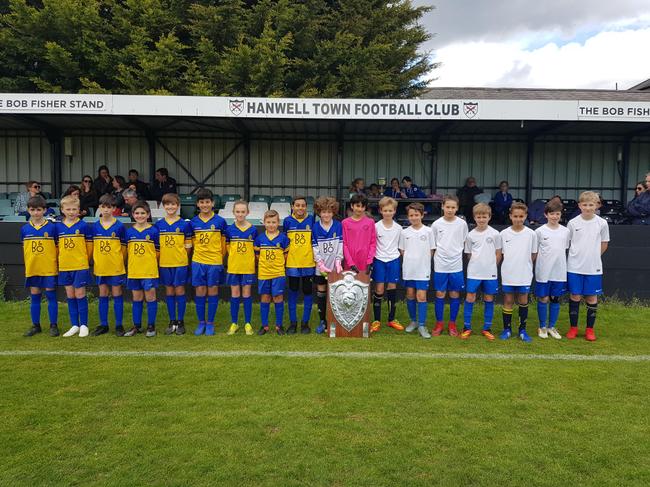