The boys team kicked off their Peal Shield campaign today with a game against Wood End Academy on their home ground, 'School Field'. Kick off was slightly delayed due to the late arrival of our opponents but the boys remained focused and were ready to go when the whistle blew. It was very scrappy during the opening exchanges with neither team really getting hold of the game. However, it was Fielding who eventually opened the scoring with Fielding debutant, Rio coming in off of the left wing to calmly slot past the keeper. Shortly after, Rio was on the scoresheet again to make it 2-0 to Fielding. Not long after the 1st half came to an end and were getting ourselves ready for the 2nd. Again, the game was fairly scrappy, perhaps due to the pitch being slightly too small but the boys persevered and continued to try to play a passing game. It paid off with one of our French stars, Augustin getting his name on the scoresheet to make it 3-0. Following Augustin's goal, little brother Emile decided he wanted to go one better by hitting one in from distance to beat the keeper and make it 4-0. Wood End got a goal back next to remind us that we were still in a game and after that we found ourselves defending for a period of the game. Eventually we won the ball back and played the ball up the line to Micah who ran through on goal to beat the keeper at the near post. The final whistle blew a few minutes later to give Fielding our first win of the competition. Good start boys! 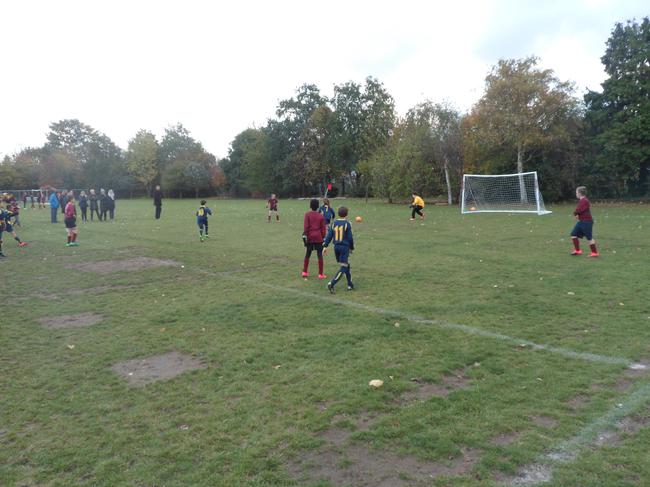 The girls team were very excited to be playing their first ever competitive game in the brand new girls equivalent of the Peal Shield. In training, we have been working very hard on keeping our shape which has allowed us to play some very good passing football on Thursday mornings. Today we could test ourselves to see how we compared to another school. In a similar way to the boys game, both teams were a bit scrappy to start with today with our girls sometime getting caught up in the game and forgetting about our positions. However, again it was Fielding who broke the deadlock with captain, Serafina popping up to put us ahead. Not long after, Serafina had scored her second of the game to make it 2-0. It looked as though the hard work in training was paying off. All of the girls were starting to play with more confidence as they could also start to see the benefits of their hard work. Serafina got another 2 goals in the second half to go 4-0 up before Wood End replied to make 4-1. Daisy then scored to give us a 4 goal advantage again, before Wood end replied again to make it 5-2. We were still looking fairly comfortable in the game but we knew that Wood End could still score so had to remain vigilant. Serafina settled things late in the game to make it 6-2 and give the girls a winning start to the competition as well. Well done girls, what a fantastic start! 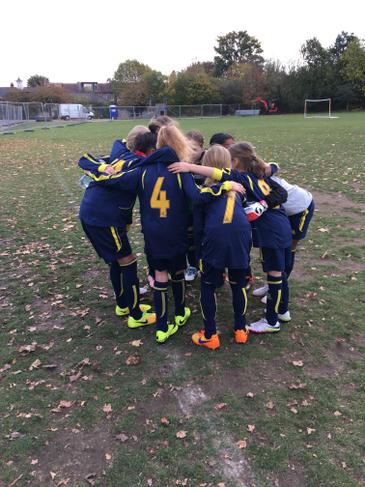 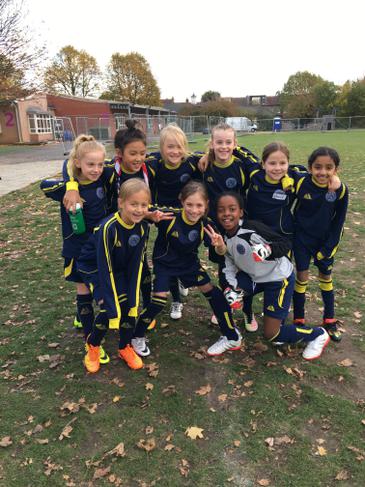 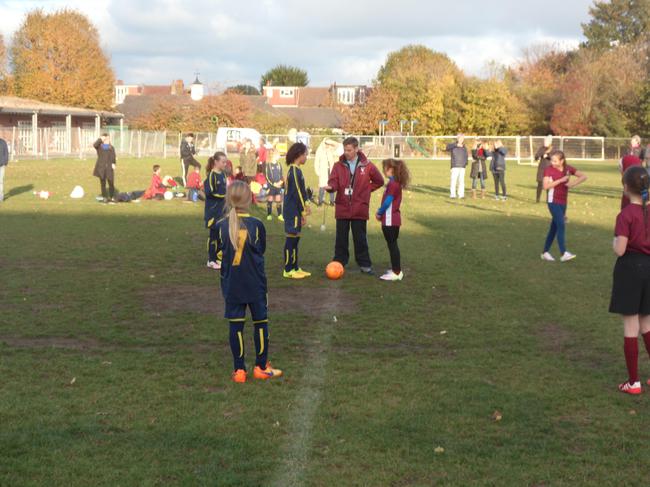