This year we were excited to head to our first ever NFL Flag Football competition at Spikes Bridge. The competition was sponsored by NFL and so each school was given a franchise team to represent and we were to be the New York Jets. We were drawn into groups at the start of the day and were given extra motivation when we were told today's winners would get to play on the brand new Tottenham Hotspur Stadium pitch against other regional winners, with the winner of that flying out to America to real life NFL game!

Our 12 athletes had been training for the past term, we knew the rules and were keen to get going. As the day progressed, we were finding out that we were perhaps not as prepared as we had hoped as came up against schools who had already embedded Flag Football into their teaching. We didn't win a game today but the competition has provided us with a big learning experience which will hopefully help us prepare better for next years competition.

Big well done for each of our athletes today for having the perseverance and resilience to keep working in every single game. 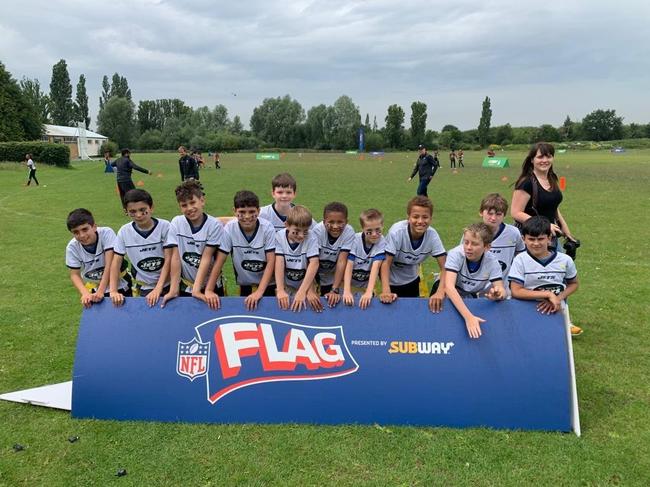