Today we took two teams to the Featherstone Year 5&6 Tennis competition at West Middlesex Tennis Club. Both teams were drawn into different competitions with the B's competing in a mini league and the A's playing in a group which then progressed on to knockout stages.

The B team, consisting of Henry, Archie, Bell and Greta had Berrymede, Selbourne, Tudor, Drayton Green and Little Ealing in their league and were very excited to get going. Although the weather was horrible for tennis with rain and a bitter wind slowing play down, Fielding won 3 games, drew 1 and lost 1. We were very pleased to find out at the end of the day that this was enough for us to finish in 1st place and be crowned B team champions! 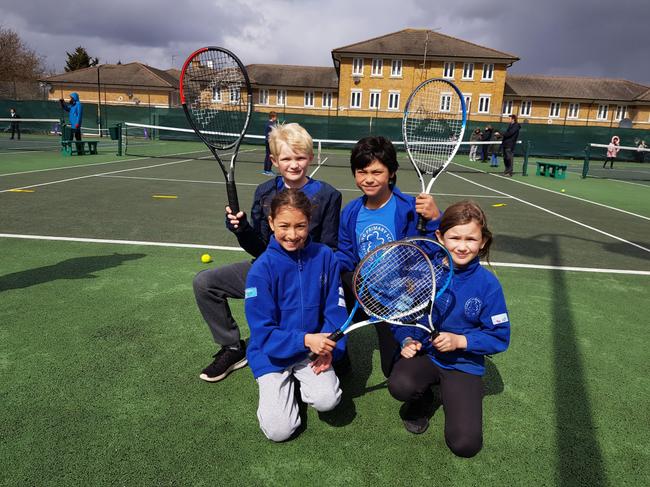 Toby, Josh, Anoushka and Sophie in the A team had a group of 4 schools to navigate through with the top 2 going through to semi finals. After 3 excellent games we ended top of the group and so were due to play Mount Carmel in the semi finals. It was tough but we won 3-1 and got through to the final. With a place in the Tennis Borough Finals already in the bag as finalists we now had to play Little Ealing to go as champions. Again it was tough and after our first two players finished their matches we were tied 1-1 as Anoushka beat her opponent but Toby lost to his. With Josh and Sophie to play we needed another win. Unfortunately, today we didn't manage that as they both lost so we end the day as runners up. With Borough finals after Easter, we will give it everything to turn that result round though. 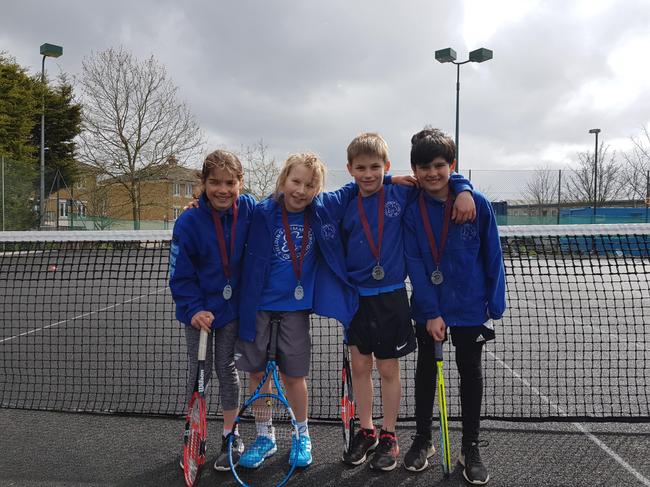 Well done to both teams today, you were all fantastic!

Today we took our Year 5/6 tennis squad back to Will to Win, Lammas Park to compete amongst the top 4 teams in the Borough for the right to represent Ealing in this years London Youth Games. Izzy, Serafina, Jack and Jake were in great spirits coming into the competition today after having performed so well at the Featherstone tournament. However, today there was Little Ealing, Christ the Saviour and Vicar's Green standing in their way.

After an afternoon of some very good tennis from all 4 schools we ended up with two 4-0 victories and two 3-1 victories. This fantastic performance from our guys meant that we did finish the afternoon as area champions and so will go on to represent all of Ealing at next months London Youth Games.

A huge well done to Izzy, Serafina, Jack and Jake!

Today we took our Year 5 and 6 Tennis team to Will to Win at Lammas Park for this years Featherstone tournament. The team consisted of Serafina, Izzy and Jack from Year 5 and 6 and also Jake who was promoted from the Year  4 squad after being rated too high to compete in his own age group.

Our first match up of the day was against Little Ealing. Each member of the team is rated and plays against their opposite number. If you win your match up you win the point, then after all 4 games the team with the most points win the match up. So in game 1 Jack won 6-5, Izzy won 10-1, Jake lost 6-5 and Serafina lost 8-7. So our first match ended 2-2 with Little Ealing.

At the end of the day the results were added up and we were tied on points with Little Ealing for games won. However, as we had won some of our games with bigger margins than Little Ealing we finished top of the table to be crowned this years Tennis Champions. Well done to all 4 our tennis players for some excellent tennis today and securing qualification to the area finals after Easter. 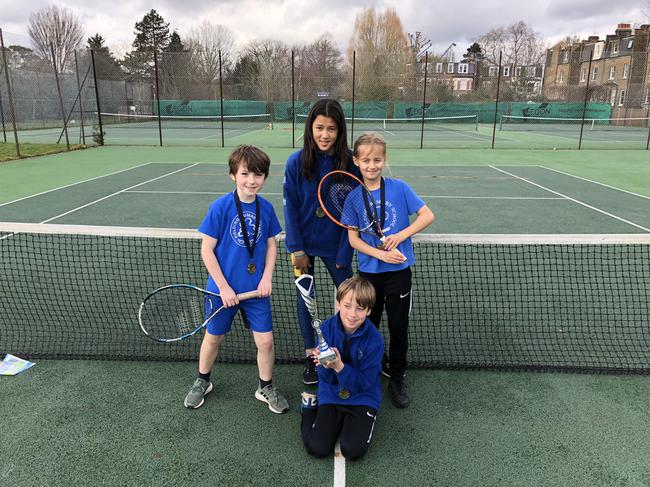 Upon qualifying for todays area finals for both the Year 3/4 team and the Year 5/6 team we were very disappointed to find out that some of our original squads were rated to highly by the LTA to play in the tournament. This was a rule that neither us or Featherstone knew of at the start of the tournament at the beginning of the month but unfortunately it was a rule that we had to follow now. This meant that all 3 of our Year 5/6 boys, Robert, Toby and George were not allowed to play in the finals this year. It also meant that Toby and Jake were not allowed to in the Year 3/4 finals for the same reason. However, after some negotiations Toby and Jake were allowed to represent the school if they played in the Year 5/6 finals, they were up for the challenge so we went for it! 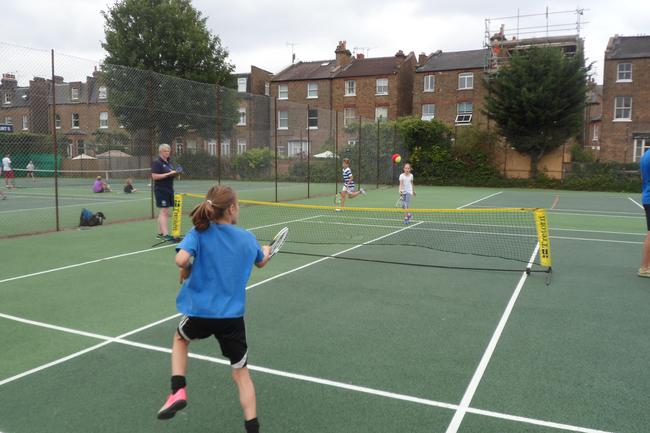 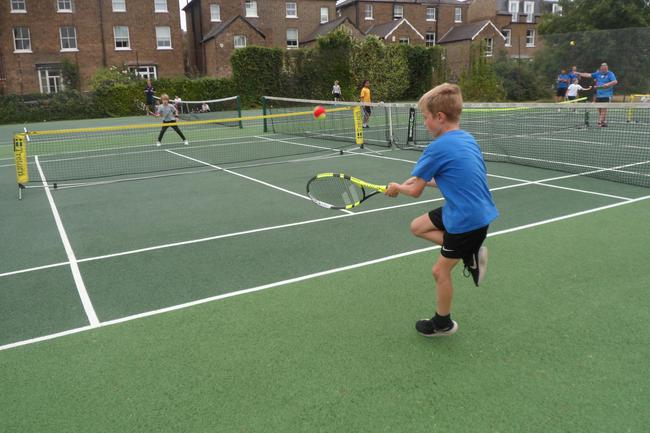 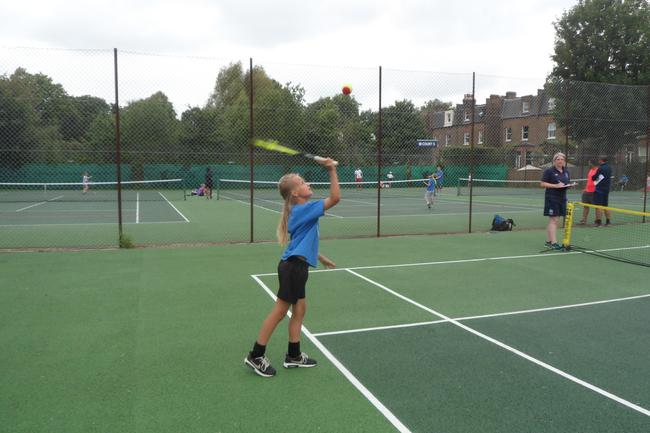 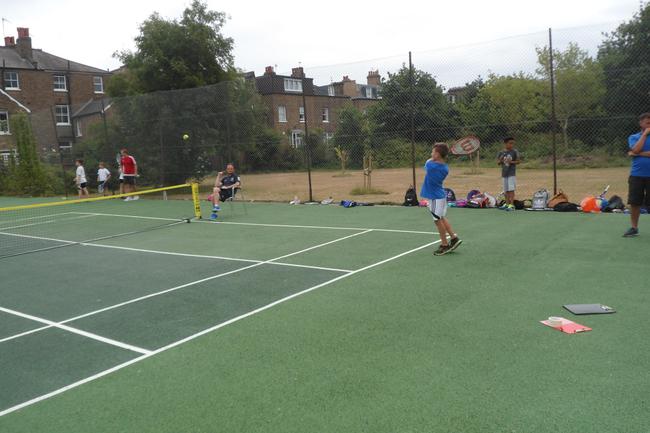 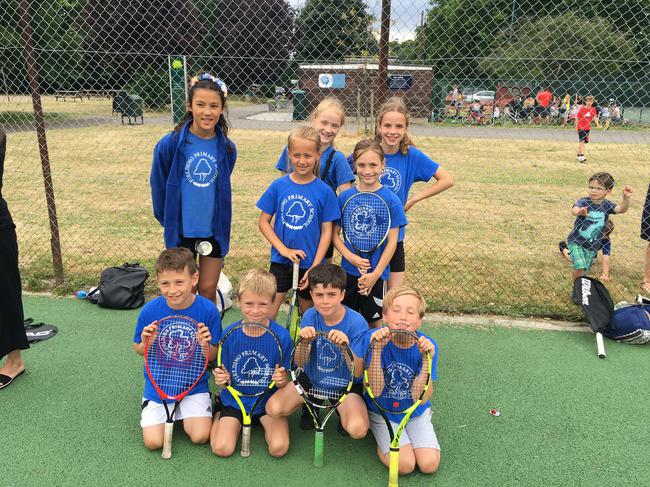 Today's finals followed the same format as the first round of competition was contested by the top 2 teams from the Featherstone partnership and the top 2 from the Willow Tree partnership. So the Year 5/6 finals first and the Fielding team played 3 and won 3 to be crowned Ealing champions! That means they are the 3rd Fielding team of the year to qualify to represent the entire borough of Ealing at the London Youth Games. This win is even more of an achievement as the 2 boys on the team, Toby and Jake are only in Year 4 and Year 3 and both were up against Year 6 boys in their matches! Wow! 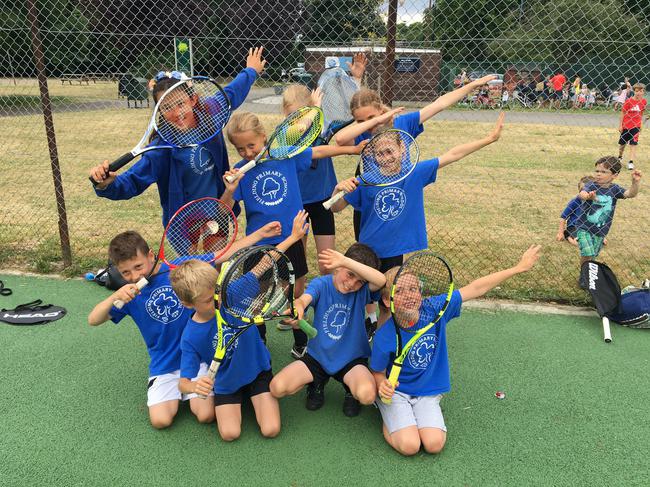 Onto the Year 3/4 team in what was a much closer set of finals. After beating 2 schools and drawing against another Fielding were left in a 3 way tie at the top of the group with another 2 schools! All 3 schools had scored the same number of points for winning matches so it went down to points scored and conceded in individual matches. After a tense wait we found out that the Fielding Year 3/4 team were....1st! They had topped the group after having a better point average than the other 2 schools we were tied with to make them the 4th Fielding team of the year to qualify to represent Ealing at the London Youth Games. A fantastic achievement for all of our tennis players, including Robert, Toby and George who missed out today. Well done everyone!

Today Fielding took a Year 3 and 4 team and a Year 5 and 6 team to the Featherstone tennis tournament at Lammas Park. It was a small tournament today which was contested by 4 school teams from the area in each age group.

The tournament worked on a 1v1 basis where players from opposing schools played for 5 minutes alternating between serves. After 5 minutes whichever player had the most points won the game. After each player from 1 school has played against each player from another school the school with the most wins won the match up.

We saw some great tennis today from both our squads which shows how hard the guys have been working on their tennis in their own time so everybody should be very proud. After Y3/4 Fielding has played all of their 3 games they had 3 wins and so finished first in the competition! Gold medals all round. The Y5/6 Fielding team also gave some great performances and won 2 of their 3 games, and drawing the other. This meant that they also finished first and also earned themselves gold medals!

The brilliant effort we saw today means that we have a tennis area finals to compete in at the end of the month which gives us another opportunity to possibly represent the borough in the London Youth Games yet again! Well done! 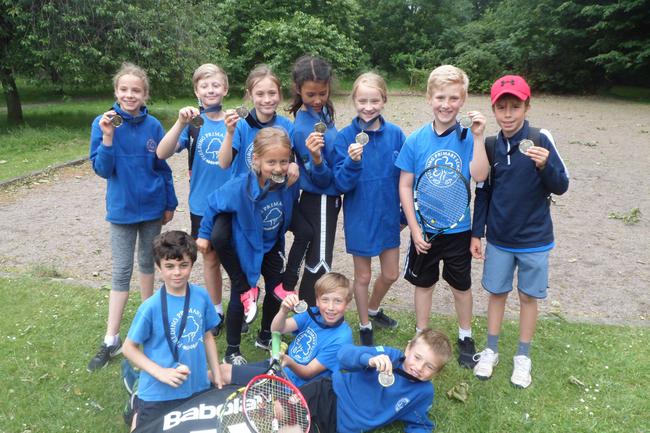